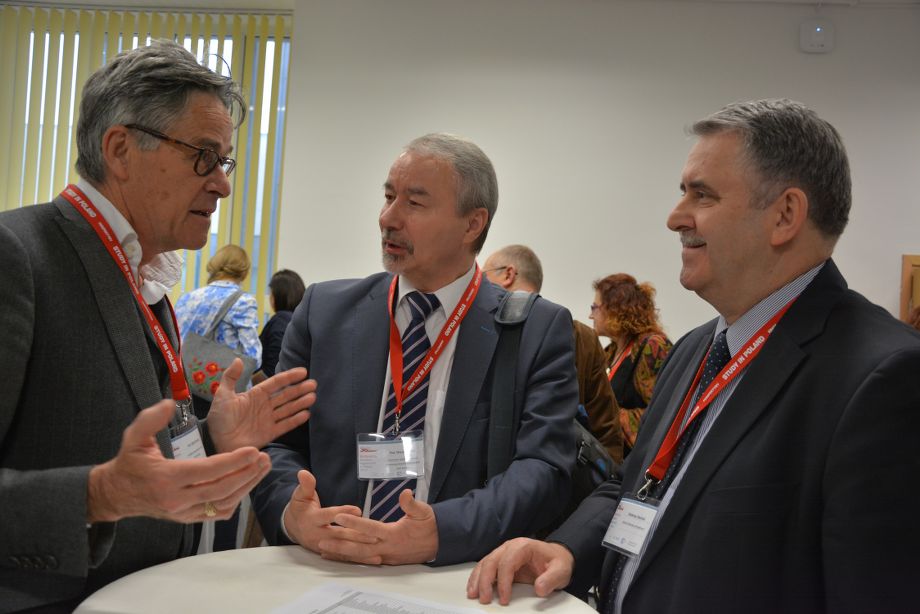 The conference’s participants repeatedly pointed out the urgent need to establish a national agency specialized in supporting Polish higher education abroad, that could function in a similar way as DAAD, Nuffic or CampusFrance do. For a number of years the idea of such agency has been so far unsuccessfully advocated by Rectors’ Conference. Prof. Wieslaw Banys, rector of Silesian University and current president of CRASP stressed the need of stronger support of internationalization effords od Polish universities by the government and various authorities.

The appearance of Prof. Sijbolt Noorda, president of ACA who stressed the need of quality in the internationalization process, and Prof. Hans de Witt, who spoke about glabal trends in internationalisation, added a valuable international angle to this Polish conference.

According to the report “Foreign students in Poland 2014” published by Perspektywy last October the largest groups of international students come from Ukraine (15.123 in academic year 2013/14), Belarus (3743), Scandinavia (2889) but there is also a rapidly growing number of students from Spain (1361). Medical studies at Polish medical schools, however, attract mostly students from Scandinavia and USA and Canada.

Waldemar Siwinski, president of Perspektywy announced that the main promotional efforts carried by the “Study in Poland” project – run, for the past ten years together by Conference of Rectors (CRASP) and Perspektywy will continue to concentrate on the East European market including Ukraine, Belarus, Russia. Kazakhstan and the Caucasus (Armenia, Azerbaijan and Georgia).