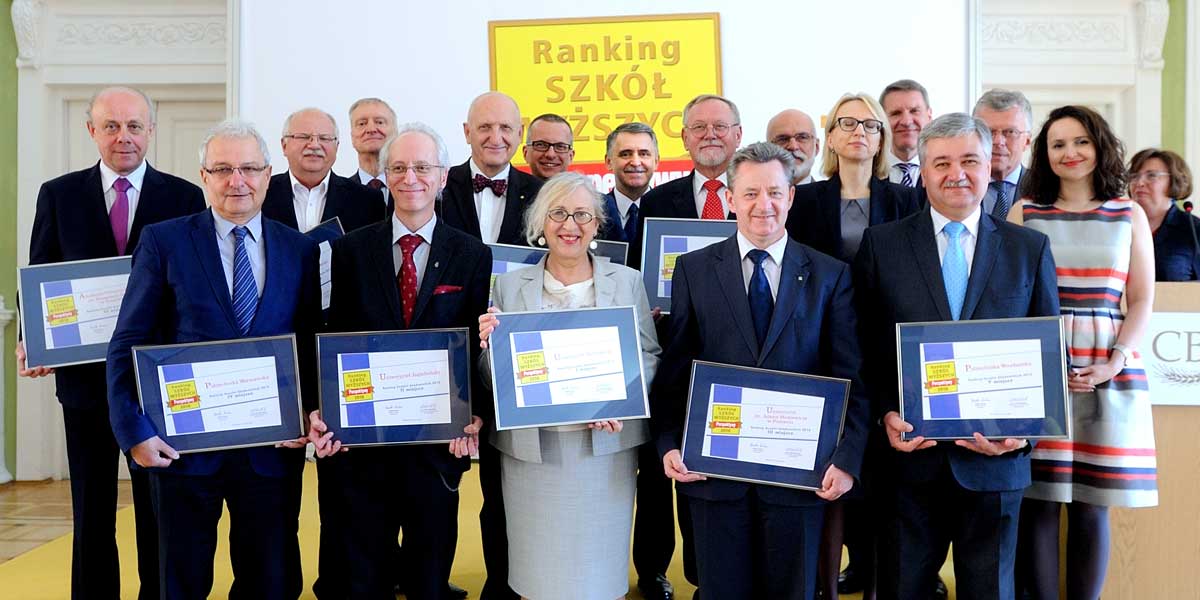 Thanks to several years of efforts by Perspektywy Education Foundation, its University Ranking has gained high esteem. It is one of the most competent rankings, and at the same time full of life, its criteria are being modified and improved; it follows the changes – declared in her address Teresa Czerwinska, Deputy Minister of science and higher education – The ranking serves young people, when they make their choices regarding university. Ranking is also a tool that helps universities to compare each other. It can also help in positing Polish universities in the global rankings.

Prof. Michal Kleiber, Chair of the Ranking Board said:  What is and ideal school and do we miss to achieve such state? Is it a school that has great academic teaching staff?  Is it one that enjoys high prestige, or has good international contacts? These are features that one expects university to meet. The Perspektywy University Ranking tells us which universities are closer to the ideal and which have a lot work to do to improve. This ranking is a dynamic one, it has to be changing because the world around is changing.

Our ranking is not only a tool that, when properly applied, can help prosperous students and their parents in educational choices. Ranking is also a depository of information on the state of the Polish higher education, it is an instant panoramic picture that presents our universities and their ambitions taken from different, but not random, perspectives - said  Waldemar Siwinski, President of Perpektywy Education Foundation and the author of educational rankings in Poland.

The Perspektywy University Ranking results were announced in Warsaw on 8 June 2016 in the presence of close to 200 rectors and deans representing universities from all over Poland.