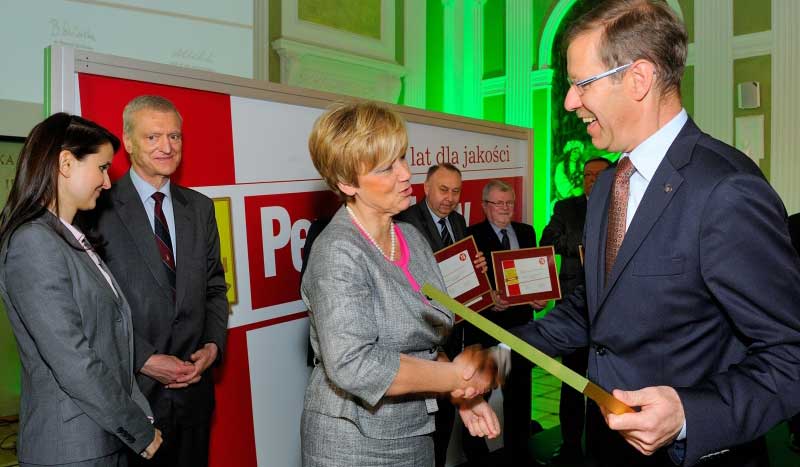 (Warsaw, 21 May 2014) Perspektywy Education Foundation announced the winners of the Perspektywy University Ranking 2014 (Poland). University of Warsaw won again (after being second for the past two years), Jagiellonian University of Krakow took a second place by a very narrow margin; the Adam Mickiewicz University in Poznan is third. Among Polish private higher education institutions, the Kozminski University is first, followed by University of Social Sciences and Humanities, both from Warsaw.

Overall, as many as 33 criteria were used in the Perspektywy University Ranking 2014. They were grouped into six categories: prestige - with the weight of 24%, academic strength – 15%, academic effectiveness – 26%, teaching and learning – 11%, internationalization – 15%, and innovation – 9%.

The results of the Perspektywy University Ranking 2014 were announced in Warsaw in the presence of the President of the Polish Academy of Sciences, officials from the Minister of Science and Higher Education, and members of the Polish Parliament. Ewa Kopacz, Speaker of the Parliament in her letter stressed that the ranking “contributes to the quality of education in universities and other higher education institutions” and it “helps young people in the process of making a very important decision”.

To assure quality and transparency, the Board that supervises the ranking process has been composed of former rectors and outstanding public figures. The Perspektywy ranking in fact consists of several rankings: the main and most important ranking is the overall ranking of academic institutions (universities), but it also include: ranking of master level private institutions and ranking of state vocational schools. Rankings of 39 disciplines (fields ranking) have also been published.

The 15th edition of its University Ranking, Perspektywy is being published together by Perspektywy and “Dziennik Gazeta Prawna”, a leading Polish daily newspaper.