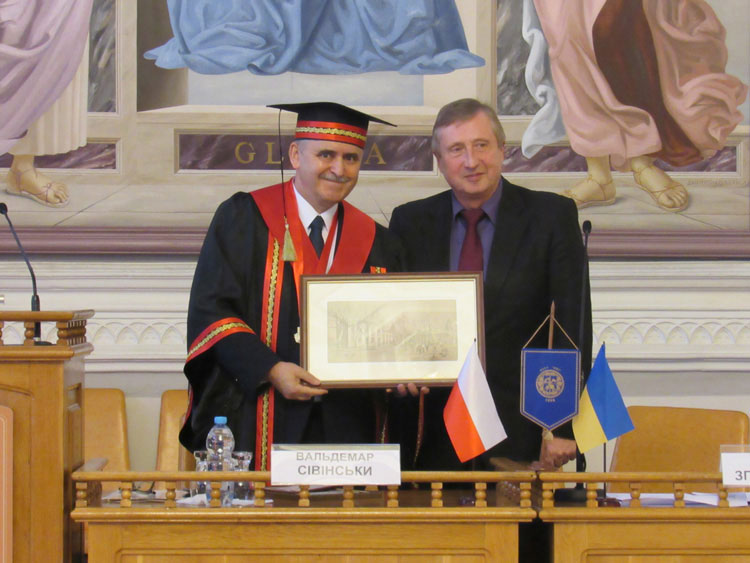 On October 2, 2017 Waldemar Siwinski, President of Education Foundation Perspektywy, was honored a degree honoris causa. The official ceremony took place at Igor Sikorsky Kyiv Polytechnic Institute. The Doctorate honoris causa was awarded to Mr. Siwinski in recognition of his career in the academic and scientific fields, and of his special link with the Kyiv Polytechnic Institute.

Waldemar Siwinski, author of the book "Chernobyl", during the ceremony delivered a speech on the impact of the Chernobyl Nuclear Power Plant accident on the development of civilization, science and technology, and new approaches to engineering education.

“Chernobyl has shown that technological "development through a catastrophe" is no longer acceptable and possible, - he said. "This disaster was also the beginning of a new era in the world of science and technology, and for me - the beginning of an extraordinary way that led me to Chernobyl and today - to Kyiv. This way was also quite useful for academic relations between Poland and Ukraine and for the internationalization of education in both countries."

It is worth recalling that Waldemar Siwinski was the only Polish journalist to observe the trial of the Chernobyl disaster perpetrators. He also belonged to the "special zone" and spoke to the participants of the rescue operation.

For many years, Waldemar Siwinski has been engaged in activities aimed at developing Polish-Ukrainian cooperation in the field of education and science and student exchange. A special role in these events is played by Igor Sikorsky Kyiv Polytechnic Institute. Its leadership, together with rector Mikhailo Zgurovsky, recognized Poland as the key partner of the institution. The significance of the fact that the Academic Council of this university has decided to award President of Perspektywy with highest distinction - the title of Doctor honoris causa can not be overestimated.