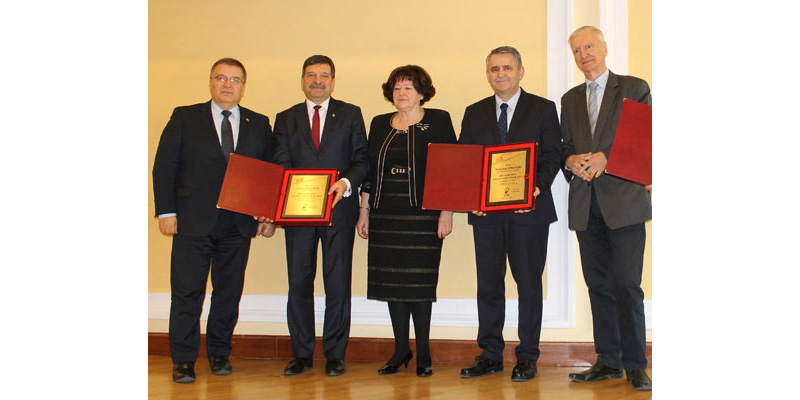 Golden Engineer titles were awarded on February 28 in the headquarters of the Polish Federation of Engineering Associations-NOT. We are pleased to inform that the president of the Education Foundation "Perspektywy" Waldemar Siwiński was awarded the title of Honorary Golden Engineer 2018.

- Engineers are the avantgarde of progress, without them there will be no modern economy – said Andrzej Dera, minister at the Chancellery of the President of the Republic of Poland. And Ewa Mańkiewicz-Cudny, the president of the Main Board of NOT, said: - We have to thank our winners. They do a fantastic job in all areas of technology - and more!

- I am moved by receiving such a high distinction award by the Polish engineering community - said Waldemar Siwiński. - This means that both my personal journalistic, managerial and ranking achievements were appreciated, as well as the various activities of "Perspektywy" were aimed at improving the quality of education in the field of exact and technical studies in Poland. Thank you very much to all employees, partners and friends of "Perspektywy".