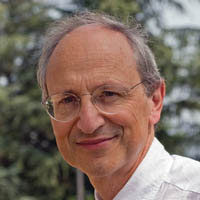 Farid Ouabdesselam is a Professor of Computer Science who has been the Director of the Excellence Initiative Program at the French National Research Agency since 2013, on partial leave from Université Joseph Fourier in Grenoble (UJF). He is also the President of Université de Grenoble-Alpes technology transfer subsidiary, and Director of the Carnot Institute on Smart Systems and Software dedicated to joint research with companies. From 2007 through 2013, he had been the President of UJF and concurrently President of Université de Grenoble.

During that period he conducted major reforms of local academic institutions together with national research bodies, and gained an extensive experience in accountable governance and in how to progress in international rankings. As a key member of the Research Commission of the French Council of University President, he was very much involved in the main actions to make the French Higher Education and Research System evolve. In the early 90s, while being the Head of UJF Computer Science School, Farid Ouabdesselam acted both as an expert in modernizing doctoral studies for the French Higher Education and Research Ministry and as an European Commission expert in developing research programs on trustable systems.