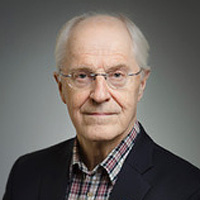 Current position: Professor Emeritus, Umeå University, SE-90187 Umeå, Sweden. Gunnar Öquist´s field of research is stress and adaptation mechanisms in photosynthesis with a particular emphasis on elucidating the physiological responses of photosynthesis under the combined conditions of low temperature and high light. He has worked with photosynthesis of overwintering evergreens, herbaceous plants, cynobacteria and algae under contrasting environmental conditions.

Professor Öquist has ca. 170 publications in international journals. Impact: classified by Thomson-Reuters as an ISI Highly Cited Researcher in 2002 (http://isihighlycited.com/).

Professor Öquist was head of the Department of Plant Physiology at Umeå University between 1981 and 2003.

Professor Öquist was the Secretary General of the Swedish Natural Science Research Council between 1993 and 2000, and he was the Permanent Secretary of the Royal Swedish Academy of Sciences between 2003 and 2010. Between 2003 and 2010 he was also member and vice chair of the Board of the Nobel Foundation. He has been member of the Board of the European Science Foundation, the European Research Advisory Board, the Boards of Umeå University, Bergen University and Karlstad University, and the Board of the Danish National Research Foundation. He is currently chair of the Science Advisory Board of the Knut and Alice Wallenberg Foundation, member of the European Research Council Expert Group for Program Monitoring and Evaluation, and he is member of the International Advisory Board for the Centre for Excellence in Education in Biology in Bergen. Professor Öquist has also served on many other science advisory boards and he has lead several national and international reviews of science and research. Today, Professor Öquist is engaged in the science policy debate both nationally in Sweden and internationally.

Professor Öquist has received a number of medals and international orders for his research achievements.