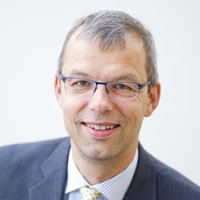 Jan Palmowski is a Professor of Modern and Contemporary History, and currently serves as Secretary General to the Guild of European Research Intensive Universities. Before joining Warwick in 2013, he was at King’s College London, where he received the King’s College Teaching Award (2007).

An expert on the history of the German Democratic Republic (1945-1990), Jan‘s most recent book is on that state and its authoritarian leadership developed strategies for creating national identities, and how citizens responded to this. As part of this work, Jan has done extensive field work, including in Archives of the former State Security Service, the Stasi, to see what effect the world’s most dense network of unofficial informants had on society and communities.

Jan is particularly interested in how national identities are formed, and in processes of reconciliation in post-Conflict societies.